Girl visits third largest city in France. Decides she wants some nature. And some information. And some company. So signs up for the 1015 tour of the Parc de la Tête d’Or that meets at her hostel.

Only one other person shows up for the tour: Michelle is an American from Colorado traveling Europe solo for a few weeks. Ahhhh. A like-minded soul.

American women enjoy the sights in the largest urban park in France, opened the same year as New York’s Central Park. (Apparently there was a worldwide movement that decided cityfolk needed exposure to nature.)


Learn the park is home to 30,000 rose bushes. 350 species of them, in fact, totaling about 5 million roses. Popular spot, therefore, for wedding photos. Reminds girl of the Italian Gardens at the Vanderbilt mansion in her hometown– which also has a rose garden that is popular with the newly wed.

Park is home to a free zoo. And a small, circular cage that once used to house one very lonely bear when the zoo first opened. Thankfully, zoos have come a long way since then.

When tour is finished, girl has that moment many single travelers do upon meeting a fellow single traveler. “Would other single traveler like to spend some time seeing some other sites with me?” Girl knows most single travelers enjoy meeting and spending time with others on what can sometimes be a lonely trip. So as expected, the question is answered with a yes.

After lunch at the same place she dined alone yesterday, girl and her new friend head out to hunt for the “traboules.” Traboules are hidden passages that connect one or more buildings. Historically used in the old city to get to the river, and in the silk district to keep the silk from gettinng stolen or damaged outside in the elements while it was being transported to the river, they were subsequently used by the Resistance during World War II to store weapons, to hide Jewish people, to keep many things from the eyes of the Nazis as the passages were not mapped at that time.

The two American women have a map and addresses. The first three doors they arrive at are locked. Then, they see someone else enter by pushing small button beside door. Now the world of the traboules opens up to them! 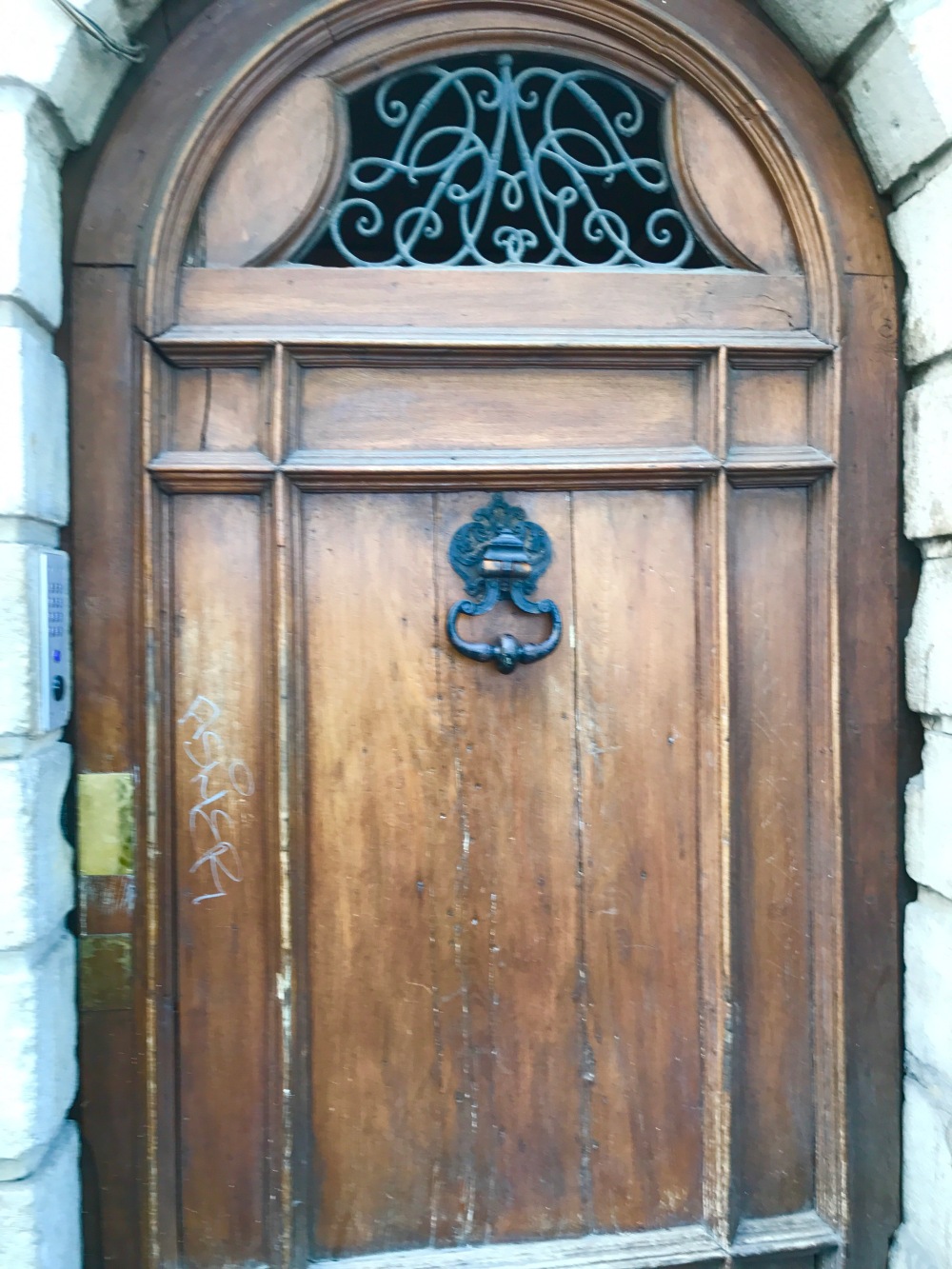 Women enjoy one of the main benefits of traveling with someone else: getting their picture taken to share with friends and family. ​​